There's No Unity Without Equal Rights for All Workers 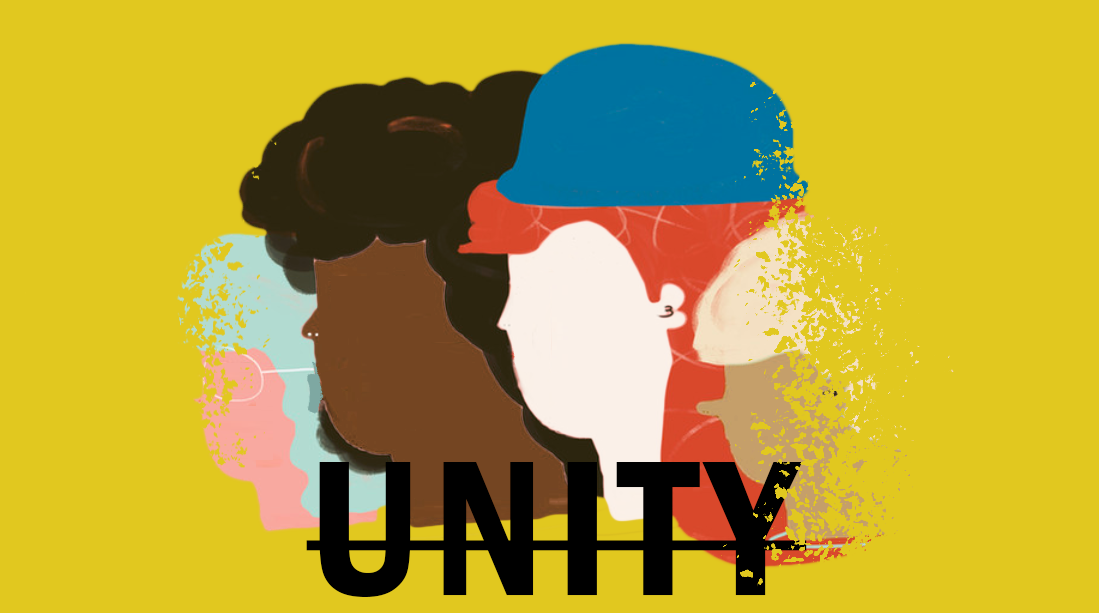 After winning the most contentious presidential election in U.S. history, Biden has pledged to unite our country. But what does that mean when the elite two-party system continues to exist and serve the ruling class? The Biden administration will rely on empty representational politics to prove unity, and will most likely fail to enact any laws or policies that will end the historic criminalization of Black and immigrant workers. This should come as no surprise since maintaining divisions between working people ensures the stability of the power structure that robs working people of their time and lives. We as working people can wait and see, or we can take up Biden’s pledge as an opening to organize for real unity of the working class to put forth our interests.

Dividing the working class is one of America’s oldest traditions. W.E.B. DuBois emphasized the role and agency of Blacks during the Civil War and Reconstruction. He believed a worker-ruled democracy would replace the slave-based plantation economy. However, he concluded, “So long as the Southern white laborers could be induced to prefer poverty to equality with the Negro, just so long was a labor movement in the South made impossible.” Decades later, César Chávez would fight against the collusion between employers and the government in exploiting immigrant workers, resulting in degraded conditions for all workers.

This American tradition persists into the present day. And, politicians and bosses maintain it for their benefit. During the eight years leading up to Trump, Obama encouraged the fissuring of the working class. Obama’s backers such as immigrant rights groups allied with big business calling for legalization, cultivating the image of the hard-working immigrant worker while downplaying the worsening conditions for all workers. This led to rising national chauvinism, as anti-immigrant sentiment put the blame on immigrants for the growing income inequality. The result? Obama bailed out corporate America, while workers who did return to work after the 2008 Recession worked longer hours for less pay.

Obama’s backers such as immigrant rights groups allied with big business calling for legalization, cultivating the image of the hard-working immigrant worker while downplaying the worsening conditions for all workers.

Criminalization has long been used as the mechanism to super-exploit and divide the class. From chattel slave laws and the Black Codes to modern day mass incarceration and the billions-dollar prison labor industry, Black workers have been criminalized and been dealt a cycle of poverty, mass unemployment, and racism that excludes them from jobs, housing, and healthcare. Nearly two-thirds of the 2.3 million in prison are Black, Latino, or non-citizens where the work is compulsory for no or very low pay, e.g. $.23/hour. Criminalizing workers has become how the system deals with poverty, unemployment and maintaining social control. Black workers bear the brunt of brutal police violence as a result of this criminalization, and which ignited this year’s protests.

While Black workers are criminalized for not working, immigrants are criminalized for working. From European indentured servants, to Chinese railroad workers, to those who came as spillover to the Bracero program, to the modern-day undocumented immigrants, certain workers have been criminalized for working, and robbed of the wealth they produce. Big labor unions and civil rights groups helped Reagan pass the employer sanctions provision of the Immigration Reform and Control Act in 1986 that made it illegal for undocumented workers to work.

The crux of this criminalization casts Black workers as unwilling when they are shut out from good jobs. It also casts undocumented workers as the intruders who steal “Americans” jobs— even when they have been denied the right to work.

Biden has no plans to end this American tradition. Like the Democrats before him, he seeks to bestow a few benefits upon one group or the other, and then let us fight against one another. He will seek to grant amnesty to a few immigrants, but maintain an underclass of undocumented workers. He will prop up the small business and entrepreneurial class of the Black elite by addressing the racial wealth gap and reparations, but will leave most Black workers’ conditions unchanged. He will seek to raise the minimum wage to $15/hour.

But $15 an hour and closing the racial wealth gap means little when an underclass of undocumented Black, Asian, Latino and other immigrants can be forced to work long hours at sub-minimum wages, leaving millions of other workers underemployed or unemployed. The limited scope of any reparations, aggressive taxing of the rich, or any income redistribution will only intensify the divisions and criminalization of workers.

When workers see other workers as the enemy, it is easier for the 1% to loot the many. No wonder the U.S. is home to staggering inequality where the wealth of 640 billionaires is equal to 59 million Latinos and three-fourths of all Black wealth; and the top 70 billionaires’ wealth equals the total home equity of all Black and Latino households combined.

So how can Biden speak of unity when he does not plan on ending the criminalization of Black and immigrant workers? He should learn from the mistakes of his predecessors like Obama, whose fueling of divisions and bailing out of corporations created the conditions for Trumpism to rise. Let’s not allow a repeat of this. We should hold Biden to his call for unity but demand real unity that requires decriminalization.

(Biden) should learn from the mistakes of his predecessors like Obama, whose fueling of divisions and bailing out of corporations created the conditions for Trumpism to rise.

Decriminalizing Black and immigrant workers—by measures such as repealing the employer sanctions provision—ensures that all workers have the equal right to organize. This will lay the foundation for us to fight collectively as a class. Only then can we reap the benefits of that organizing: to improve our working and living conditions by uniting against our exploiting bosses and developers who rob the wealth we make. United in interest and dependent upon one another for our success, working people can reverse the downward spiral of epidemic wage theft, declining wages, longer hours, and unemployment, and forge a fighting path to improve the lives of all of us.