Riot in the Capitol: A Coup W/O the US Embassy? 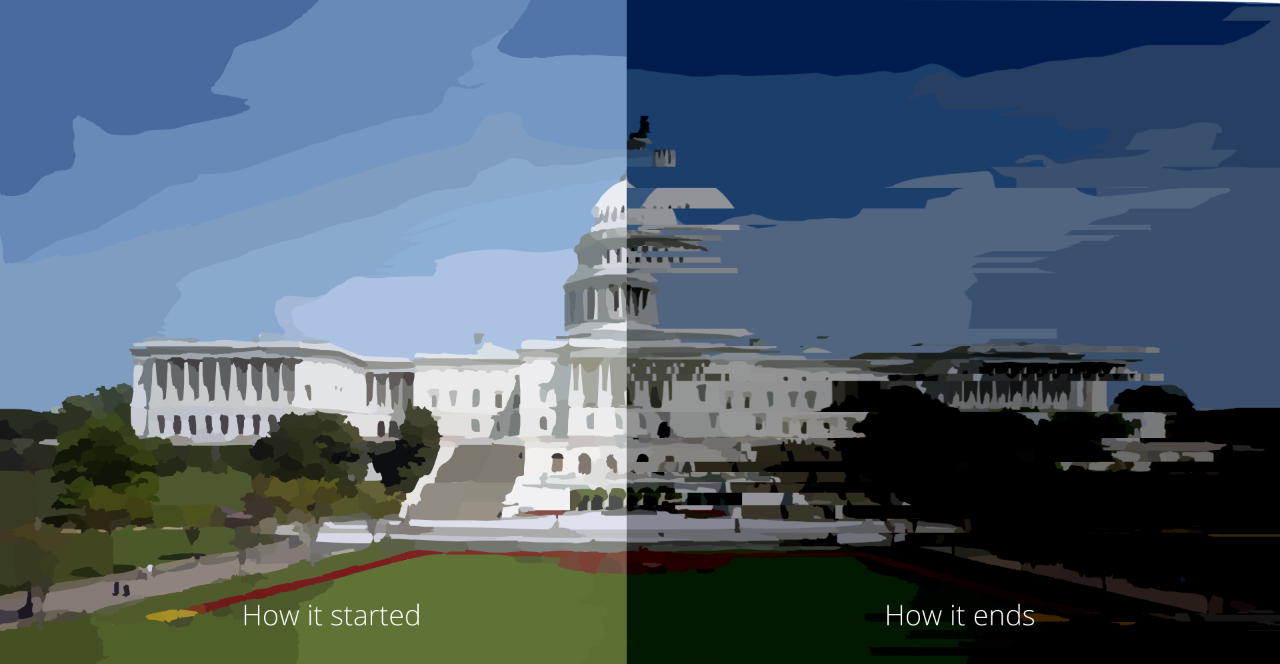 The right-wing insurrection of Trump supporters in the DC Capitol shook the nation. Both liberal and conservative politicians in the US were quick to call it “barbarism” and “an assault on democracy.” Democrats, speaking from the long-bankrupted moral high grounds of democracy, conveniently pushed to impeach Trump and cast the violent “mobs” as monstrous forces that “do not represent true America.”

Meanwhile, most Republicans had no choice but to distance themselves from Trump. The unusual bipartisan marriage made a cumbersome attempt at proving that the storming of the Capitol— while a national disgrace—is an exception to the values that the US stands for.

Rarely brought to the American people’s attention is the response from regions abroad that have been trampled by US imperialism.

In the eyes of citizens abroad, the US has never stood for the temple of democracy— but rather the antonym. As the shorter version of the story goes, the imperialist Americans have long since WWII been funding and escalating many insurrections in various countries and territories: from supporting military coups during the Cold-War era in Latin America, Africa, and Asia, to inciting “color revolutions” from the 1980s to the 2000s in Eastern Europe, and the “pro-democracy” movements in the past decade in Arab countries, Ukraine, Venezuela, Bolivia, and Hong Kong. Whether through military dictatorship or popular uprising, the US meddling abroad often seeks to inject US finance capital to subjugate local economies, forcing these countries and territories to fulfill its insatiable need for global domination and profit.

The calamity at the Capitol last week was, after all, not an exception to the American values, but a product of the country's own crimes iterated over and over again across the globe.

The irony of US politicians from all across the spectrum posing as defenders of democracy isn’t lost on observers outside the US. Many in China, for example, can’t help but note that the US politicians’ rhetoric on this riot is drastically different from what they say about similar riots elsewhere sponsored by the US government. In 2019, the Speaker of the House of Representatives, Nancy Pelosi, praised the protests in Hong Kong, which eventually turned into the storming of the Legislative Council building, as the most “beautiful sight to behold.” Little did she know that the same “beautiful sight” was to descend upon her own office a year later.

The sarcastic comments go on and on— all suggesting that this is the chicken coming home to roost.

Power, money, and divisive politics abroad and at home

The longer story of US imperialism, however, has to be told by how the US sows seeds of divisions abroad and at home. The deja vu that people outside the US feel refers to not only the insurrection as a form but also the nature of it. To cement its economic and political dominance across continents, the US also skillfully fosters the division of working people. The regions it touches almost inevitably see the rising tides of both globalist advocates for laissez-faire market economy and the reactionary factions that turn to nativism, racism, and xenophobia, with the latter growing louder and stronger as a response to the destabilization of economy, a result of the US meddling. The working class in these areas are thus divided and misled to fight among one another, instead of fighting the imperialists.

What the US does in other countries is only mirroring what it does so well back home. In our previous post, we highlighted the division of the working class as a long tradition of the ruling class in the US, and how both Democrats and Republicans happily divide the working class, in ways such as criminalizing Black and immigrant workers and pitting them against White workers. It is no wonder that Occupy Wall Street was only a short-lived moment of even a fragile unity of the US working class against the finance capital that exploits them all. It was then quickly dismembered by the ruling class and turned into piecemeal fights of different identities that see one another as the greater enemy.

Democrats, for their part, have been using identity politics—such as token representations of women and people of color in elected positions—to further distract people from unifying to tackle their common issues. Whether a Black lesbian mayor in Chicago, or a diverse Democrat-majority City Council in New York, or the first female, Black and Asian Vice President, they continue to let the rich get richer and the rest become poorer, with the appearance of diverse representation. Moreover, they vilify the White working class who, despite reproaching Wall Street, would be driven to choose nativism as the answer, seeing immigrants and people of color as their enemies and seeing Trump, the corrupt billionaire promising to “drain the swamp”, as their savior.

Trump, of course, is no different from his predecessors from the two parties in that he enriches the super rich by implementing tax breaks and giving huge subsidies to them, and shifts the blame to immigrants and other countries such as China. Under his administration, the working class is more divided and therefore politically weaker than ever to fight against the system, while Democrats, doubling down on their equally divisive agenda, enable Trump to avoid responsibility and proclaim himself as the representative of the working class.

Being an opportunist hell-bent to stay in power, Trump of course would make use of anything at his disposal, including summoning supporters to storm the political symbol that represents the “swamp”. As a result, the pro-Trump rioters briefly got a taste of running over the ruling elites. But since such an effort is a misguided one that aims to save the career of a president who has proven to be part of the “swamp,” it is no threat to the ruling order. When the Congressional lawmakers regained their composure in the legislative chamber and fiercely lashed out at the incident with almost uniform condemnation, one thing is clear: riots like this are a side effect of the divisions this same legislative body has helped to maintain. As people outside the US note, the US brought this upon itself, just as it forced regime changes abroad.

But such side effects like the riot are non-lethal, and can be contained and even be used to consolidate the ruling class: Trump as a bad apple will be punished with impeachment and ostracized in infamy; a law against “domestic terrorism” is expected to be a priority in the upcoming Biden administration, leading to strengthening control and security against anyone deemed as “ideologically inspired violent extremists;” “democracy” and “rule of law” triumph at the end of the day after this hiccup. These same self-righteous politicians, while playing defenders of democracy, will continue to do what Trump does—perpetuate a crumbling imperialist regime.

Is it a surprise that the right-wing rioters share the same sentiment as many across the political spectrum, that this system is undemocratic? Many on the left, after all, would have no problem calling out US democracy as democracy for the rich and dictatorship against the rest. Lawmakers in Congress have passed laws that divide and rob the working class both domestically and all over the world, and would not be supported by working people. Anyone on the left, in responding to this “assault on democracy,” should be asking: Is this a real democracy worth defending?

Unfortunately, since the riot in DC, people on the left have either been following the Democrats’ footstep to call for “law and order” against insurrectionists, or complaining that the “lenient treatment” of the Capitol police on the White supremacists would never be granted to people of color protesters. It is as if the core issue of the debate is how people should be treated by law enforcement when they rattle the ruling class.

Still, whether calling for more or less police, one thing does unite both sides: the notion that Trump supporters are barbaric and illiberal and motivated by the absolute evil of right-wing extremist ideology. Such metaphysical interpretation of the rioters' actions led them to applaud the state machine’s efforts to track down and arrest those who broke into the Capitol, while in a fatalistic manner bewailing that there's no easy solution. It appears that the leftists are more excited to see these “monsters” be put in chains for storming the Capitol than to hold both parties accountable for wreaking havoc on the working class. To people outside the United States, with whom these leftists sometimes claim “solidarity”, leftists in the United States are just too eager to join forces with the ruling class.

If we truly want to resolve the problem that leads to this right-wing insurrection, we need to stop pandering to the reactions from both parties. Instead, at a time like this, it’s more crucial for us to break from business as usual that divides the working class to maintain exploitation, by putting forward a unifying program for equal rights for all workers, so that we can collectively assert our power as working people independent of the two parties and hold our common enemy accountable for all the destruction. This is what real democracy should look like. Now that Biden will be in office with a Democratic majority in both the Senate and the House, they will have no one else to blame for the deteriorating conditions.

It is time to put the heat on Biden and the Democrats: if you don’t want to see our country divided, you should correct the mistakes of the past administrations, by stopping the criminalization of workers and going after the real criminals—the super rich that rob and exploit the majority of us!