A Guide to the Third Reconstruction: Who Really Won America’s Civil War and Why It Matters to Workers Today 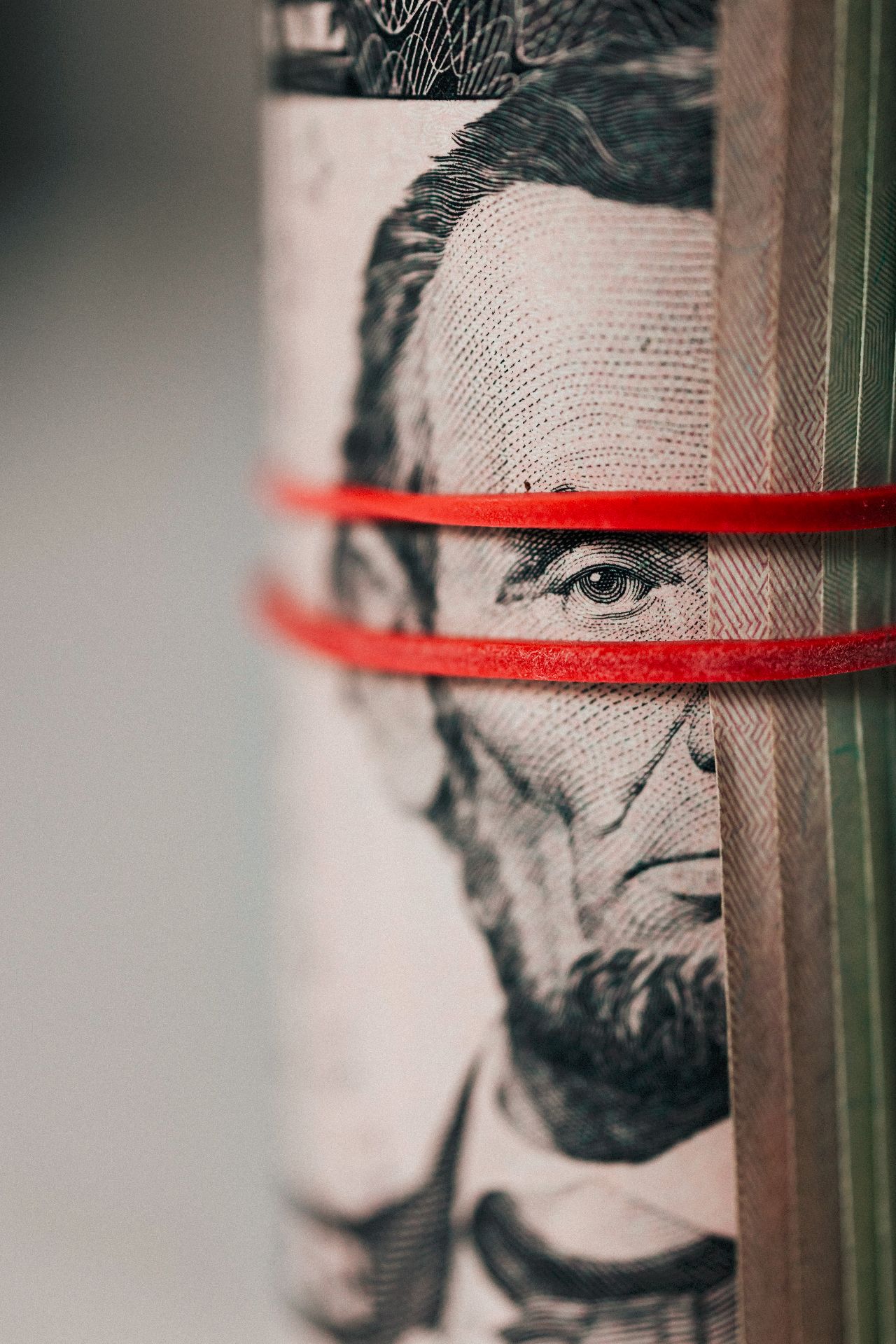 America’s Civil War was ultimately a war between free and unfree labor. It was a war to decide whether the foundational principle of the country would be the liberty to enslave others or the liberty to sell one’s labor freely. Today, workers are still fighting this war. Since 1865, the government has maintained a system of superexploitation by way of an underclass, which does not have the liberty to sell its labor.

From the moment the South surrendered, slavery — under another name — commenced under the Black Codes. Then, unsatiated with 4 million freedmen who could be robbed, cajoled, jailed, killed, and forced back onto plantations or into forced contract labor, our government sought out Chinese laborers as replacements in the mines and the railroads. During and after both World Wars, the Bracero program brought another group of foreign workers — Mexicans — as cheap labor to the agricultural industry... And here we are today, where the “undocumented” workers, like those who’ve come before, have no right to freely sell their labor.

At each historical moment, the arrival of this superexploited underclass has intensified competition among workers and fanned the flames of resentment and racist backlash among native-born workers. The government has always “othered” a subset of workers — from indentured servants, to chattel slaves, to Chinese and Mexican laborers, to the undocumented — to ensure that the ruling class can extract the most profit. We seem to be forever haunted by a democracy that nurtures and protects the exploiter and his freedom to exploit.

The government has always “othered” a subset of workers — from indentured servants, to chattel slaves, to Chinese and Mexican laborers, to the undocumented — to ensure that the ruling class can extract the most profit.

Before the Civil War, Southern slaveholders knew that, in order to survive, slavery had to expand. With the the Fugitive Slave Act (1850), the Kansas Nebraska Act’s repeal (1854) of the Missouri Compromise, and the Dred Scott decision (1857), the South seemed to ensure the spread of slavery westward forcing the North’s hand. With only about 400,000 of the 4 million slaves in 1865 being forcibly brought to the U.S., the slavocracy had long relied upon reproducing its slave workforce on their plantations. At the same time, the abolition of the Atlantic slave trade was so grossly violated that the slave trade was practically re-established and maintained. On the eve of the war, slave ships originally embarking from New York harbor brought up to 60,000 slaves annually. With its Northern allies and government acquiescence, the future of chattel slavery seemed secure.

Lincoln’s presidential win threw the South’s effort into doubt. While the expansion or containment of chattel slavery may have defined the sides at the beginning of the war, Lincoln’s emancipation proclamation made it so that it became a war to determine whether a central government would champion an economic system built upon chattel slavery and guarantee the property rights of slaveholders. But while chattel slavery was defeated, the dependence on unfree labor was not.

After the war, the planter oligarchy class sought to replace its former slave workforce with one coerced by state power by way of the Black Codes. Labor control was now achieved through vagrancy laws that criminalized men out of work, or simply, not at work. Freedmen could be jailed for not working, or leaving the plantation, and subjected to forced labor. They could not rent or purchase land to cultivate themselves, organize for higher wages, and it was illegal to offer freedmen higher wages than that provided for in their current contract. Regardless of conditions, workers were tied to an employer for the entire contract term. They would forfeit all wages earned, if they left, since wages were typically paid at the end of a year’s contract. Prison labor euphemistically called convict-leasing incentivized the freedmens' arrest. Workers risked arrest if they were caught without their labor contract. Once jailed, the only way out was to sign a labor contract for whatever a planter was willing to pay. Nonpayment of contract wages was epidemic. It was slavery by another name.

Yet, even with the Black Codes in full force, plantation owners still sought out cheaper alternative labor in newly-arriving Sicilians and Chinese. Lincoln, the Great Emancipator, eyeing the end of slavery, sent an emissary to China in 1862 to seek the replacement to slave labor—the Chinese—to build the railroads and work the fields at a cheaper price than paying former slaves. Chinese laborers were brought in to break strikes. They were hated by industrial workers who decried the scheming Capitalists for reestablishing another form of slavery after the war, but contempt for their bosses didn’t prevent many from engaging in racist and xenophobic attacks and massacres of the Chinese, which included burning Chinatowns and expelling Chinese. By 1882 the government’s Chinese Exclusion Act banned not only future immigration but also the citizenship of the approximately 300,000 Chinese already in the US. There would be no great slave republic, but the destruction of Reconstruction ensured there would always be a place for foreign workers as a class of unfree laborers in order to ensure super profits and to undermine unity and progress for workers.

While the Bracero program, which lasted from 1942 to 1964, brought more than 4 million workers, likely twice that number came as it fueled a demand for even cheaper labor among growers who sought out undocumented Mexican workers. The Bracero program, like the other aforementioned government policies, which created an underclass of labor, showed that legalizing guest worker programs enabled bosses to seek out an even deeper layer of exploited worker. Growers cemented the now mainstream stereotypes of:

Since the 1980’s, this “happy slave” stereotype has saddled the undocumented worker — the latest incarnation of the unfree laborer comes from a provision in the 1986 Immigration Reform and Control Act, misleadingly named employers' sanctions. (See a previous post outlining how the employer sanctions provision criminalizes and divides the working class.) While the undocumented underclass toil in industries such as service, construction, and homecare, Black and white native-born workers are warehoused in the prison industrial complex or shut out from jobs from the opposing stereotype that promotes they are lazy and unwilling to work. Like the Southeastern slave-producing states, foreign countries now reproduce our underclass, raise them to working age, and then see them risk the journey to America to certain work and misery.

At every historical turn, there is the government’s not-so-invisible hand creating the super-exploitive conditions that pit workers against one another in order to rob more of the wealth workers create. The very laws it creates to criminalize the foreign worker and ostensibly “protect” native-born workers is the very same law that creates the incentive for employers to superexploit the foreign worker. Inevitably, these laws encourage workers to see the foreign worker as the enemy and shields the real driver of these conditions—the law stripping foreign workers of the same rights as native workers. This is no mere discrimination between and among workers and individual bosses, but systemic government control to legally deprive a group of workers of the right to sell their labor. If unfree labor is still a central driving force of our economy, then it would seem the South, in fact, did win the Civil War.

We can't end the legacy of slavery nor crush white supremacy, so long as we permit the government to promote such an abhorrent system that robs us and then would have workers see each other as the enemy.

Today, Biden, labor unions, and immigrant advocates are seeking to strengthen this modern-day slave law. There is growing pressure on Biden to address the legacy of slavery, with calls for a Third Reconstruction. But a national reckoning of slavery is not enough — once we see that systemic exploitation is the very fabric of this “democracy”. The hypocrisy of “enforcing” employer sanctions echoes how the government willfully ignored the abolition of the Atlantic Slave Trade or used the Bracero program to traffick in the first era of Mexican undocumented.

Do we have to imagine a Confederate flag flying above every investment house — every political and government office, business establishment and fraternity, where super profits are being extracted or protected by law — to see more clearly our current condition? Workers must rise up against this system and the state that protects the criminals and their liberty to exploit. Only a unified working class can finally win this country’s Civil War.